Sorry, we don't support your browser.  Install a modern browser

Changed the status to
Medium Priority
2 years ago

Changed the status to
Investigation
2 years ago 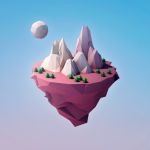 Hey there! Asked a similar question on the DnDBeyond tracking item (but understand that’s tough because of WotC’s aggressive stance on sharing), but I think perhaps Beyond20 even more impactful – starting a campaign soon and would LOVE to use Tarrasque since the feature set has come along so nicely, but the group is so keen on the content/sourcebooks offered by DnDBeyond that I’m hoping to hold out until there’s a roll-from-sheet through Beyond20 available. Thanks for any info on the roadmap and will still be using Tarrasque for some stuff regardless, now and in the future!

2 years ago
Make a suggestion